During the summer of 2016 I had originally planned to take Auto Collision Repair and Refinishing as a summer course so that I could personally learn how to repair, sand, and paint for some bodywork skills. However it did not fall through when they closed the class due to a small amount of people signing up but that didn’t stop me from just learning myself. I took on the project of fixing my daily bumper and painting my brand new front lip that was picked up with the Ap2 front bumper in storage. Since I wasn’t going to use the lip for the widebody I decided to use the lip as a daily look. My brother took the class so he helped me along the way with tips as well as my boyfriend helping me with some of the sanding preparation. I knew that the outcome wasn’t going to be perfect at all nor was it going to be perfectly color matched but it was something I honestly wanted to do for fun and as a learning experience since it was just a daily bumper and was going to come off at the end of my build. 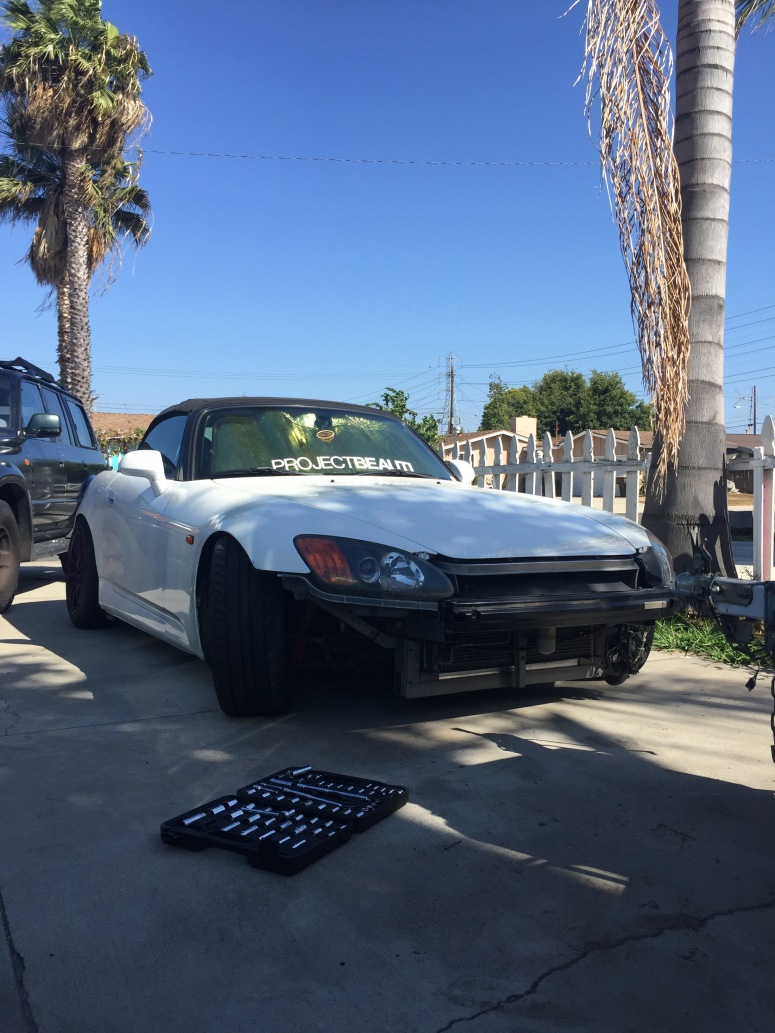 Starting on September 8, 2016 I took off my bumper and drove bumperless for the next few weeks while it was being worked on in the garage. I didn’t care though, I even showed up to a car meet without it LOL.

My main goal was to have it be as smooth as possible when sanding down and repairing all the cracks and filling in the holes where the license plate was located.

The biggest damage to the bumper was the large crack on the bottom where the lip goes over.
For the next few days I spent hours in the garage sitting and sanding down my bumper and giving an overall sand down to the whole bumper before focusing on main sections.

It took me about 4 days to focus on it and then start to focus more on the corners where the headlights were.

Once I was somewhat satisfied with the whole bumper I began to focus on the bigger problem which was to repair the large crack where the lip was. My boyfriend began to help me on this part as we tried to make sure that during the repairing process it was going to line up as it dried. Once it was filled we began to sand it back down to flow smooth with the style of the bumper.

We did the same steps with the bottom lip repair to fill the holes for the license plate.

Eventually I became content with the progress and how everything was feeling smooth and I felt it was ready to be primered. In between working on my bumper I also went ahead and did a quick sand to my lip and then primered it since there were no repairs needed for it.

After a couple of weeks I became busy and stopped working on the bumper due to school and work and wasn’t able to primer the bumper until October 6, 2016 basically a month of when I had first started it.

Once the lip and bumper was all ready and dry it was time for a quick wet sand before the final steps to paint it. My boyfriend helped me with this part to ensure that I was doing my best to do a smooth flow of spraying it with the can so that it wouldn’t be runny but it still happened lol. 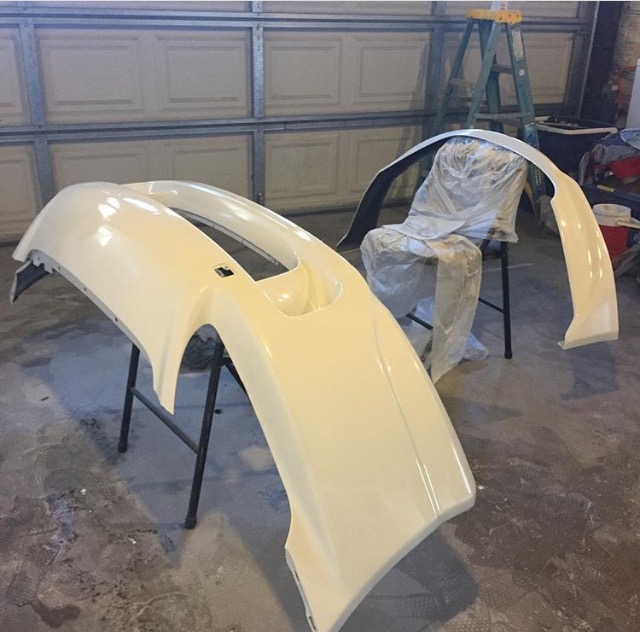 Finally after about a month I finished repainting and repairing my bumper. It took longer than expected to finish because I got busy but I was never in a rush to have it finished. It wasn’t perfect and is an off white color and there were still some issues with the bumper but in the end it was a fun task to take on with the help of my brother giving me tips and my boyfriend helping me with the progress and painting along the way and I was happy with the ending results. Don’t be afraid to not work on a project because you didn’t take a class. Theres a lot of resources out there to research and learn but in the end you learn just by doing it and practice makes perfect! I may not be a certified painter but it was fun to do.

The never ending struggle of daily driving your car. Lost my repainted front lip on the freeway and this is what it looked like after. It was fun while it lasted…